A New Direction in Orthosis Prescription?

To be honest, most studies relating to foot orthotic therapy drive me nuts! I have read so many fatally flawed papers over the years, in fact nearly all of them, that I was starting to lose hope.

You know the ones.. let’s compare a cohort of athletes who all get a 4 degree inverted orthosis, no matter what their biomechanics or injury status, and compare it to intervention x and see what happens. Usually the answer is that the orthoses are no better than intervention x.

And this is hardly a surprise, given everybody got the same orthoses no matter what. There was no mindfulness of dosage whatsoever.

Now, if your child has a fever, and they might for example need some paracetamol to calm things down, I am prepared to bet that in no way would you administer this drug without first calculating the correct dose for age, body weight and under what circumstances it should be administered, for example with food.. the correct dose!

One of the worst offenders of recent times was a study published in BJSM entitled “Custom insoles versus sham and GP-led usual care in patients with plantar heel pain: results of the STAP-study – a randomised controlled trial”… if you dare, you can read it in its entirety here, but it is very typical of orthoses studies that make no attempt to introduce real prescription techniques, or, what we might call dosage. For an in-depth opinion on this odious paper, go here. 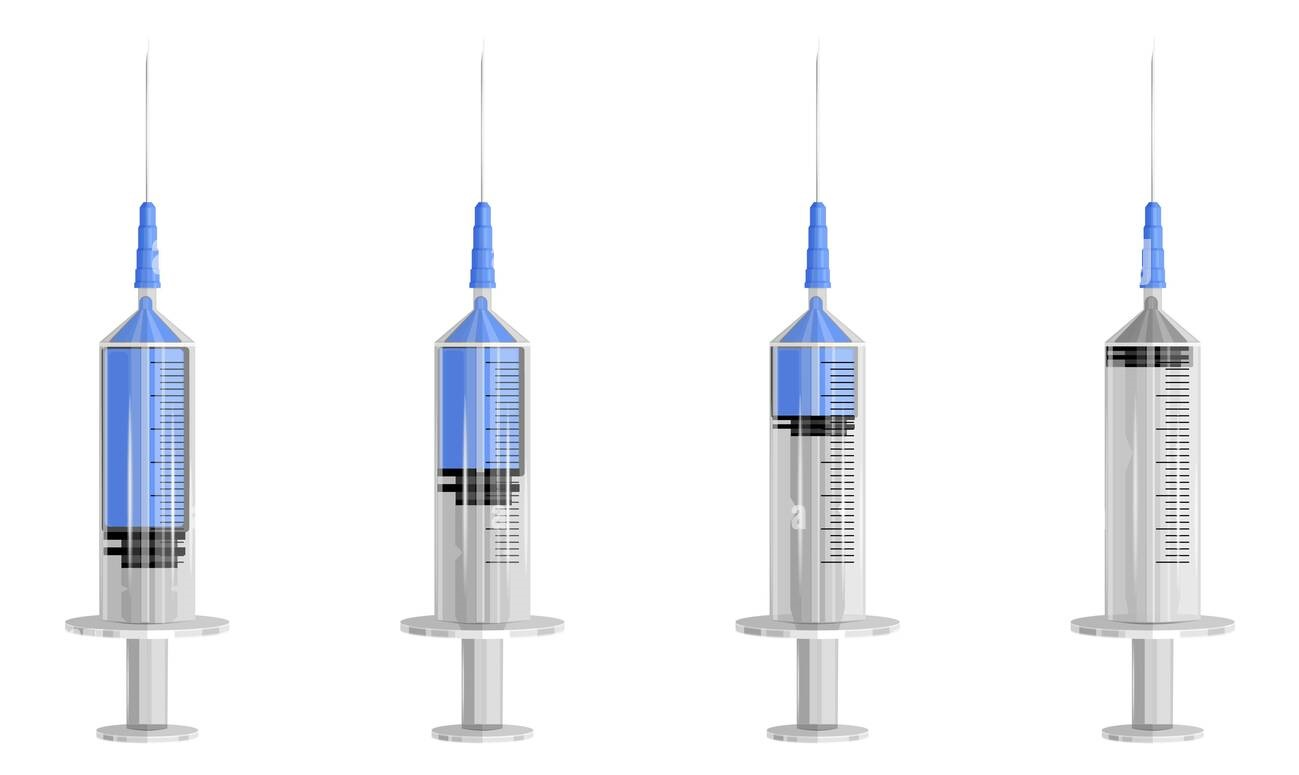 Imagine if you will, going to the dentist for some root canal work and him presenting you with the above 4 syringes and asking you to pick which one!

Now, salvation may be at hand, because for what I believe is the second time in any paper I have ever read in relation to foot orthotic therapy (the first from Jim Woodburn’s group almost 10 years ago), a new study has just been published, and, in its title, it actually used the “D” word.. dosage!

You may read the paper in full here, but I shall summarise it for you as follows.. 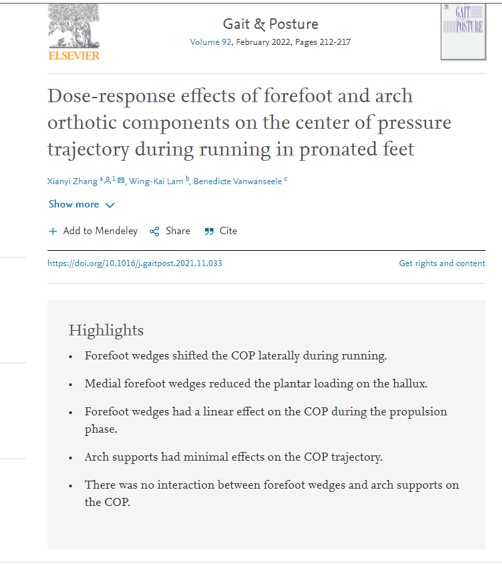 They asked a straightforward research question:

“What are the dose-response effects of foot orthoses with forefoot wedge and arch support components on the center of pressure (COP) trajectories and pressure distribution during running in symptomatic pronated feet.”

Bang.. so far so good, we have not only a useful outcome measure in COP trajectory, but we have dosage!

They set out to actually figure out what the acute effect of foot orthoses with varying forefoot wedge and arch support components on the COP trajectories and plantar pressure distribution during running in symptomatic runners with pronated feet.

To my knowledge, such a study has never been undertaken.

It was hypothesized that a forefoot wedge would alter the COP trajectory during running, with a medial wedge shifting the COP laterally and vice versa, and that a higher arch support would induce a lateral shift of the COP.

They had at least one running-related recurring overuse injury in the last 6 months prior to testing but were pain free at the time of data acquisition. None of the participant received any physiotherapeutic treatments, including using foot orthoses for daily life, within one month before testing.

Ten pairs of foot orthoses with varying forefoot wedges and arch supports were designed with a parametric insole design tool. Foot orthosis was composed of a 3D printed base layer and flat full-length top layers (a 4 mm PU layer and a thin fabric layer). 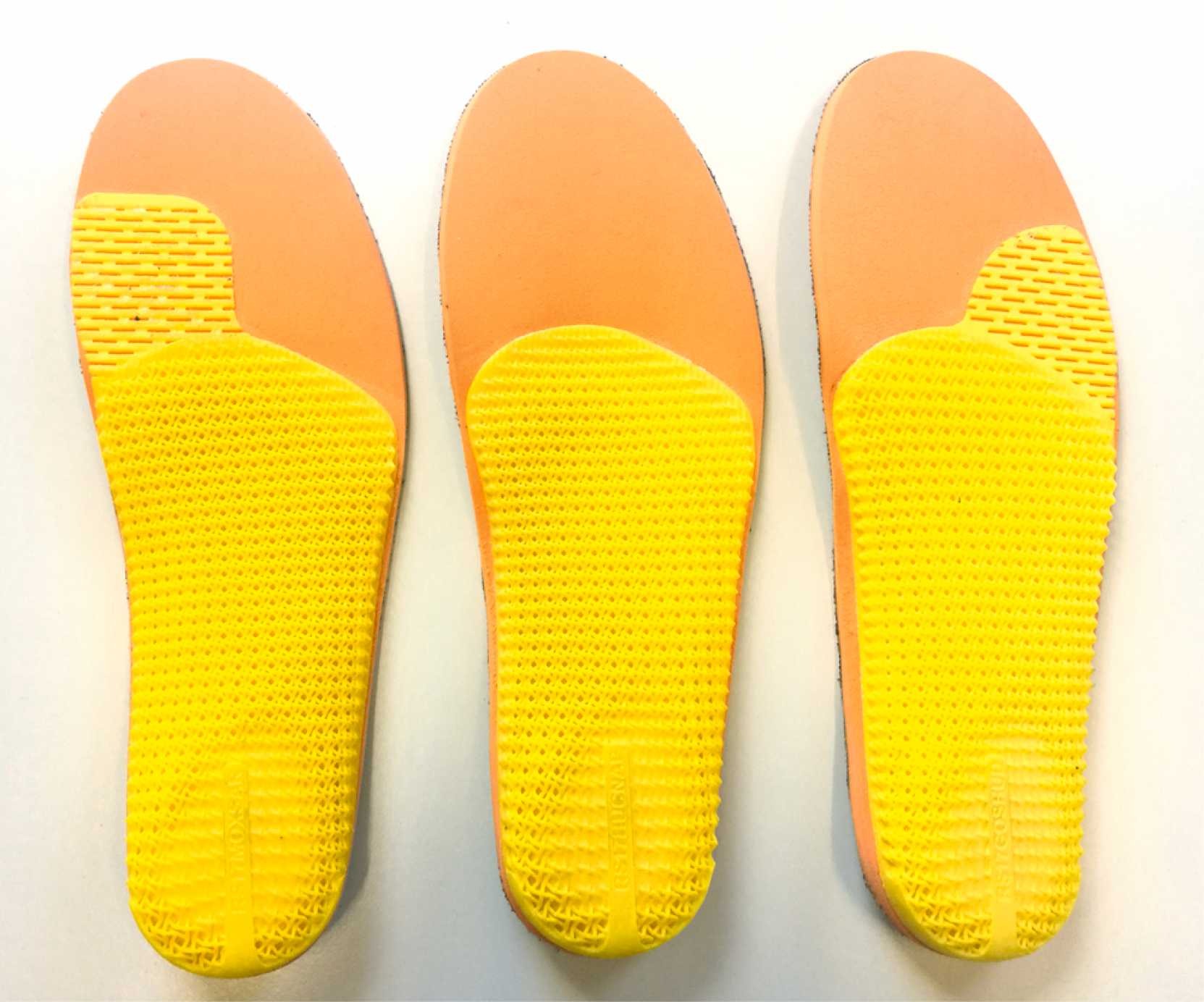 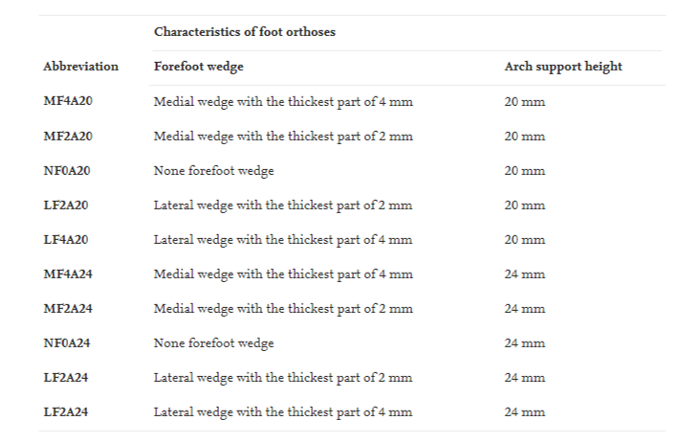 The slope of the two wedges were approximately 5 degrees and 2.5 degrees. The height of the arch support was 20 mm and 24 mm at the thickest part (A20 and A24, respectively). This resulted in ten pairs of foot orthoses varying in the amount of forefoot wedging and arch support height, and their abbreviations are presented as above Participants wore a neutral running shoe (Li Ning Sports Ltd., Beijing, China) during all measurements to avoid any potential influence of shoe structures on the biomechanical results.

The medial forefoot wedge shifted the COP laterally during the midstance and propulsion phases of running.

The arch support mainly influenced the loading on the medial heel and thereby the COP trajectory in the loading response phase.

Any limitations to the study?

Yes, and it is quite a big one in that, once more, the orthoses were not custom made.

In addition, a pressure plate was used in this study, which only examined the pressure at the shoe-ground interface. To record the pressure on the foot-orthosis interface, an insole pressure measurement system (for example pedar) would be a much better option in future studies.

Furthermore, although the same type of running shoe was used across participants, the pattern of plantar pressure contour of shoe outsole varied between participants, which affected the reliability of the inter-subject foot zone division of shoe sole.

So, it is far from a perfect study, but it is a good start, and my hope is that it will drive more precise studies looking at the dose effect of orthoses.

Is it excessive pronation or a lack of pronation control?

The First Metatarsophalangeal Joint: How Much Motion Is Needed?

Why You Should Not Assess Patient Recovery Based On Pain