The Games of the XXXIInd Olympiad in Tokyo, Japan are due to commence in a little over 3 weeks time on July 23rd.

Perhaps the most eagerly awaited of all events is athletics/track and field, and, as a result, every major footwear manufacturer in the world has been beavering away, fine-tuning their footwear weapons for their premier athletes.

But it is not just the $$spend, it is the way the money is spent, in something reminiscent of a carefully planned military assault!

And trust us… no prisoners are taken!

Now this is not a criticism of Nike, quite the contrary, we are filled with awe at just how they have rewritten the marketing rule book!

But even by Nike’s own lofty standards, a ploy announced just this week has caused a collective intake of breathe from punters around the world stunned by the sheer audacity, the sheer brilliance of the plan.

Suffice to say, someone in Nike marketing just took several steps UP the corporate marketing ladder.

Let’s look into the Nike Air Zoom Maxfly and Nike’s “White” Project. Is it marketing genius or dirty pool?

This is the Nike Air Zoom Maxfly sprint spike, 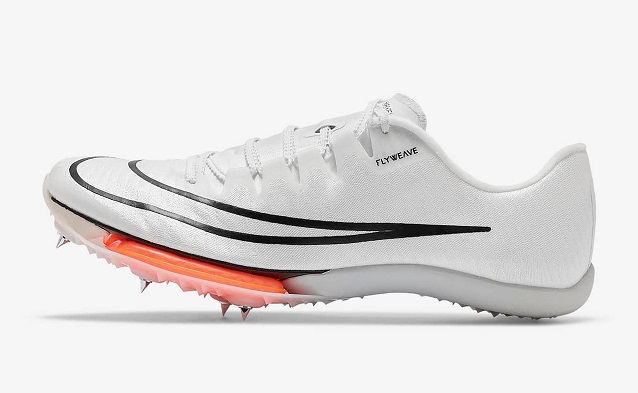 It has been labelled Nike’s most innovative sprint spike.. and given Nike has excelled at sprint spikes, this is a big plaudit!

This is not a shoe for your average punter, it is aimed squarely at elites and super elites.. you know, the kind that might end up at the Olympic Games. It is built to deliver an aggressive and responsive ride that will excel in distances from 100m to 400m.

Fair enough, Nike have built another exciting and innovative shoe, nothing new here.

But wait, what Nike has done is make this shoe available to everyone.. well yeah.. you stump up the dosh, you own the shoe right?

Well that is true, but not what we mean.. what Nike has done, is make this shoe available .. to EVERYONE….

So it is providing the shoe without any Nike branding whatsoever, a pure white, blank canvas. You want to put some adidas stripes on, a Brooks logo, the famous Saucony boulders in the river, the Tiger stripes from ASICS.. go right ahead, Nike is down with it!

and here is your invitation from Nike… 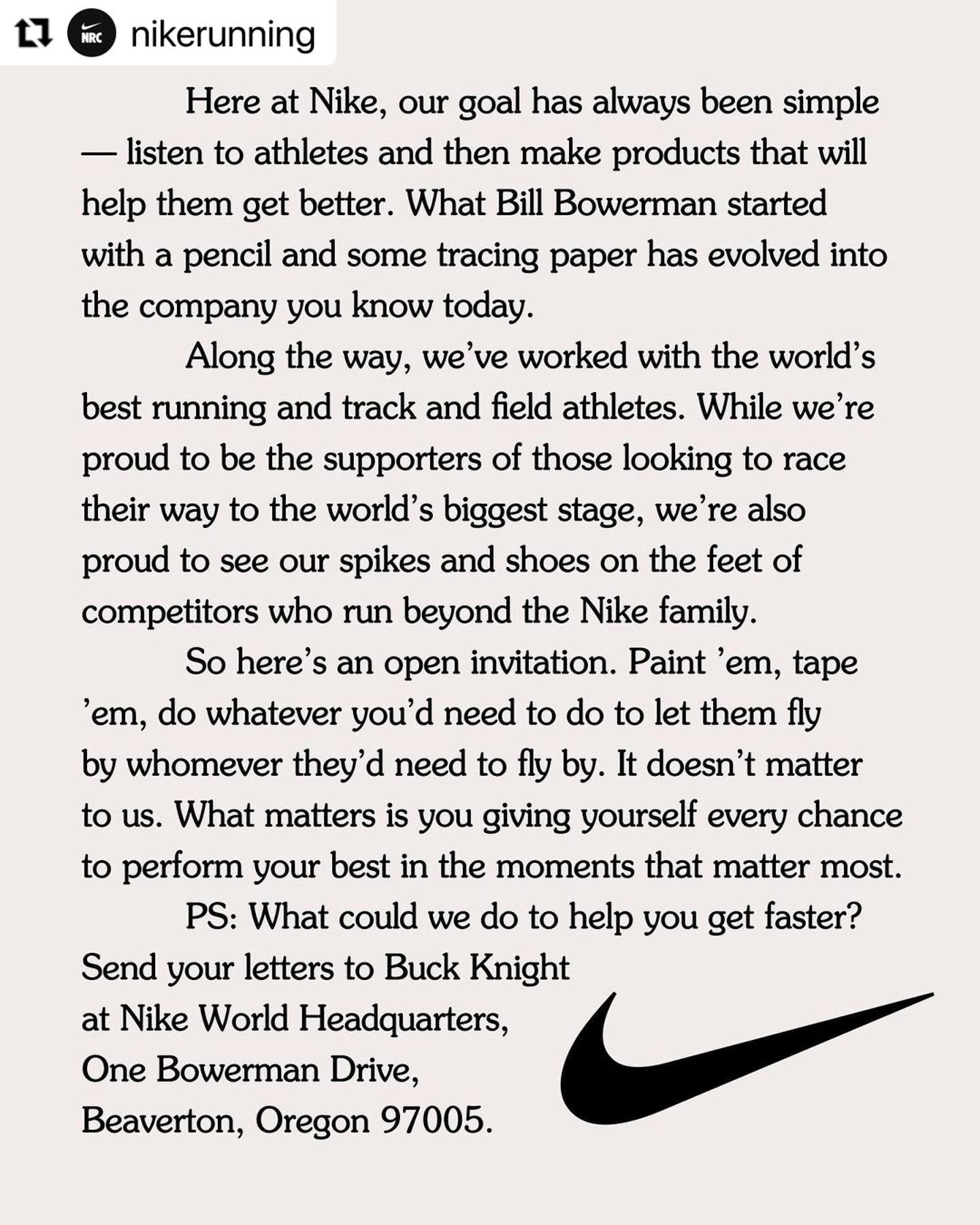 Of course here at Bartold Clinical, we are all over it, so grab yourself a pair of these sweet rides and go for the Gold! 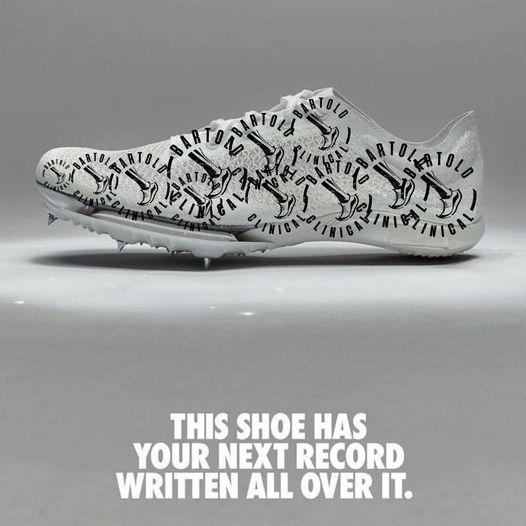 What can we say but.. WOW, I mean really wow!

But, with all due kudos to Nike, there might be a couple of questions that need to be posed here your Honour.

First up, the smart money says the Air Zoom Maxfly is the fastest spike on the planet right now. So, if you were an athlete with aspirations to do well on a stage like say.. the Games of the XXXIInd Olympiad, would you want a shoe that could potentially deliver you a Medal, maybe even a Gold?

Because that prospect opens up a whole new world of avarice and temptation for any athlete at the pointy end of the super elites. To say an Olympic T+F Gold medal is a lifetime meal ticket is no real stretch

So let’s put on our athlete trousers and look at the picture.

I have worked my buns off for the last 4 years to get to the big dance with my partner shoe company, who is NOT Nike. I have assisted the company who have helped me at every step with all the clout they can muster, with product development and probably with a significant wheelbarrow full of cash for me.

My footwear sponsor has poured in countless hours, drawn on years of experience, and spent the equivalent of the GDP of one of the African nations against whose citizens I shall be racing.

I am happy, and I am satisfied that my sponsor has done everything they can to give me a chance to snatch that elusive medal.. heck.. I might even break the World record! But one thought is deeply embedded and irritating like a grass seed in the underpants.. what about those guys wearing the Air Zoom Maxfly..I KNOW that shoe is fast.. really fast.

Oh well, nothing I can do about it, I am not a Nike athlete and I am loyal to my sponsor…

except that as of last Monday, I can have the Air Zoom Maxfly, I can race in it, I can brand it with all the fruit salad of my sponsor, and therefore I can win the Gold and buy myself a new Ferrari.. Happy days!

Round 1 to the Nike marketing boffins.. there possibly is not an elite in the world who is not thinking this way if they are really honest.

What about the shoe manufacturer?

Man we sure got lucky that through our talent development and acquisition program we were able to identify the next big thing, Humbolt Rathberry.. he has the potential to go all the way.

It really was worth all the time and man/woman power we put into his development both on and off the track. Humbolt turned out really well, and his brand loyalty is beyond reproach.. we are lucky.

Working with Mr. Rathberry on the footwear project has elevated everyone involved, and the multimillion dollar development process was worth every dime.

What’s that you say? Humbolt wants to wear a NIKE SHOE??!! A Blank Nike shoe and put our logo on it? But doesn’t he realise that no matter how we dress it up

OK, we will stop talking in the 1st person now and imagining scenarios, but this seems not at all far fetched.

As a footwear innovation and R+D guy, how would I feel if an athlete came to me mirroring the above?

Betrayed, disappointed, confused. As would all the team around me.

Footwear is very tribal, and people become very invested in the ethos of companies they work for. Nike is no different, and people we know who work for that brand are very proud. That is as it should be.

So for Nike to deliberately usurp all that is invested by companies in product and athletes does need to be put under the microscope. 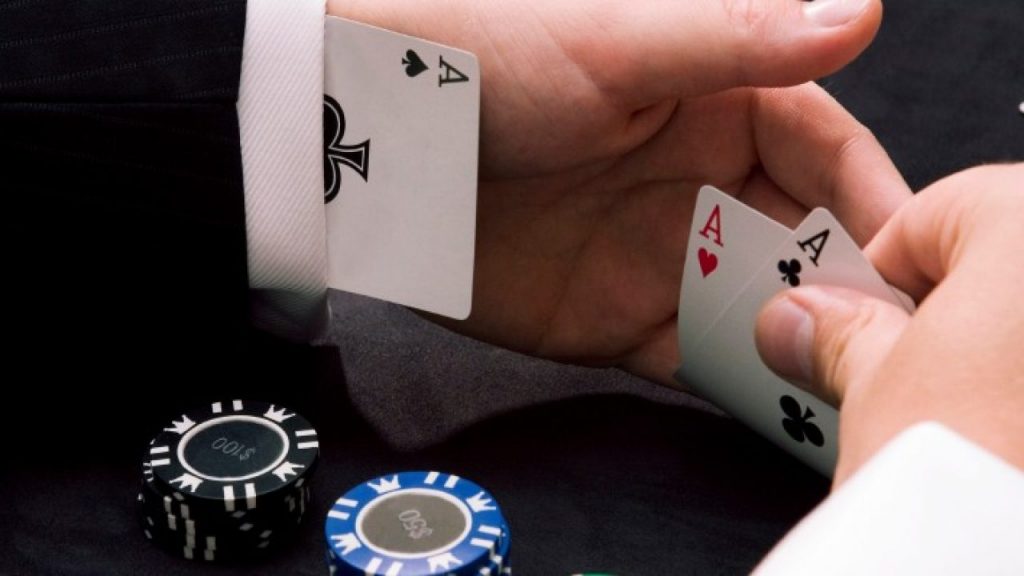 Is it genius, or is it dirty pool? I don’t have the answer.. do you?

One thing we do know is that any company that plays this game is charting new marketing territory, and may, just may, be about to sail over the edge of that world and into the abyss…. to this end it might be a case of Nike is living by the sword, and one day might die by that same sword.

As a reminder of the current World Athletics  (WA) rule relating to sprint spikes in competition, go here.

We want to hear your thoughts on this. Please do comment in the comments section below!

Also, if you are into athletic footwear, please head to the Athletic Footwear Masterclass for a full 12 hours of lecture series, or become a member for just $16.25 USD per month (unsubscribe anytime) to access over 350 evidence-based articles.

On the topic of tendons, time for a refresher

Speckle Tracking Ultrasonography: What the heck is it and can it give us a clearer picture of MSK injury?

NSAID use in College Athletes: Houston we have a problem

Fatigue: What are the biomechanical consequences, and what do they mean?