Will the Nike Vaporfly make me run faster?

We can’t begin to tell you how MANY times we have been asked this question!

And our steadfast answer has never waivered –  “no, they will not, they are only for really good runners and elites, and THAT is not you!”

Well, we paraphrase because we are much kinder than that, but this is what our inner monologue is saying!

However… A brand new paper rolled across our desk yesterday than made us feel a bit.. well.. foolish, because it for the very first time looked at the direct metabolic and performance responses for the Nike 4% compared to other shoes in.. wait for it…

Holy Cow this has turned our world upside down! These shoes are not meant for mere mortals.. plodders.. weekend warriors and Oprah Winfreys! No… no no no.. these are made and reserved for the Gods… 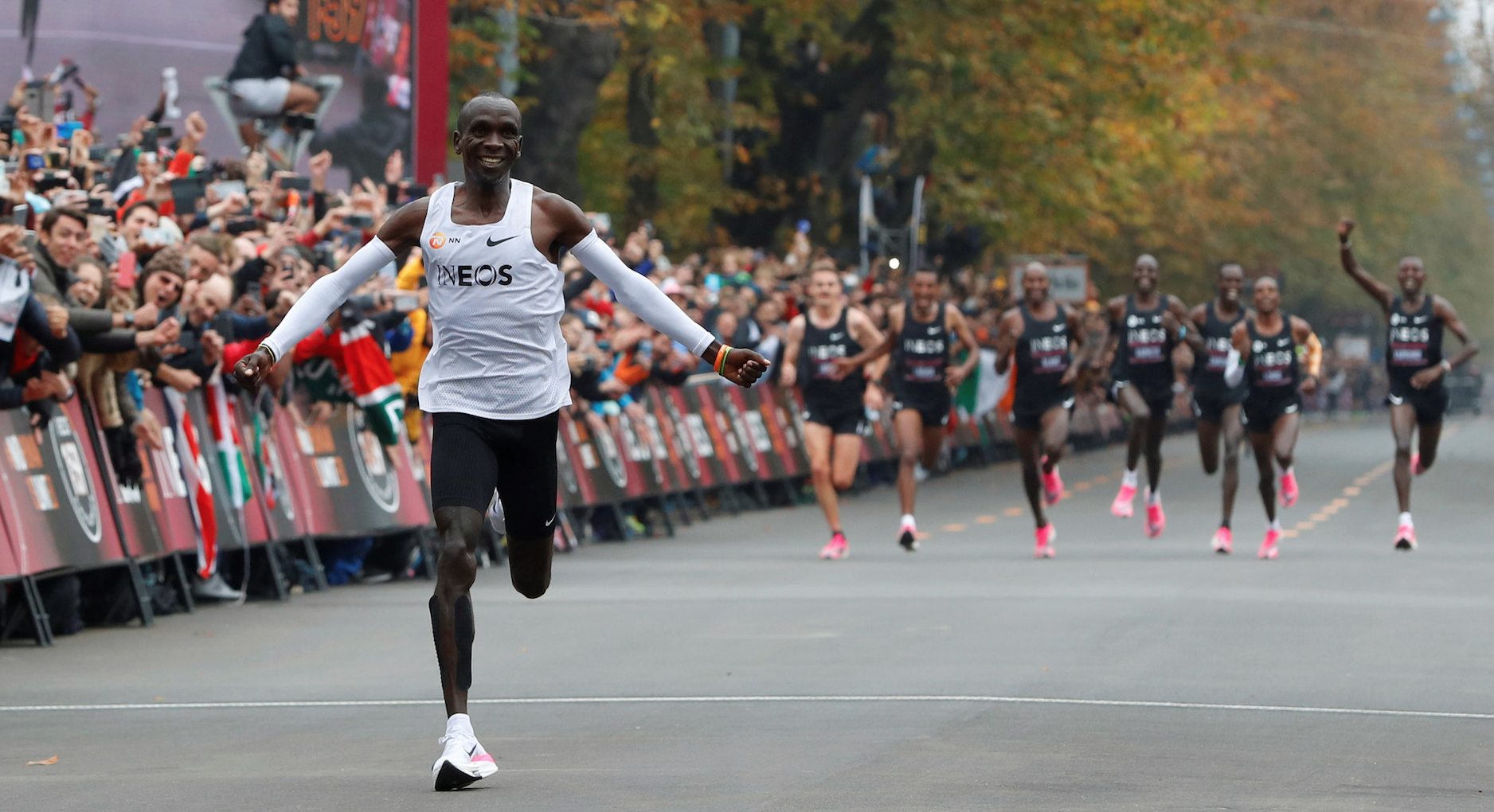 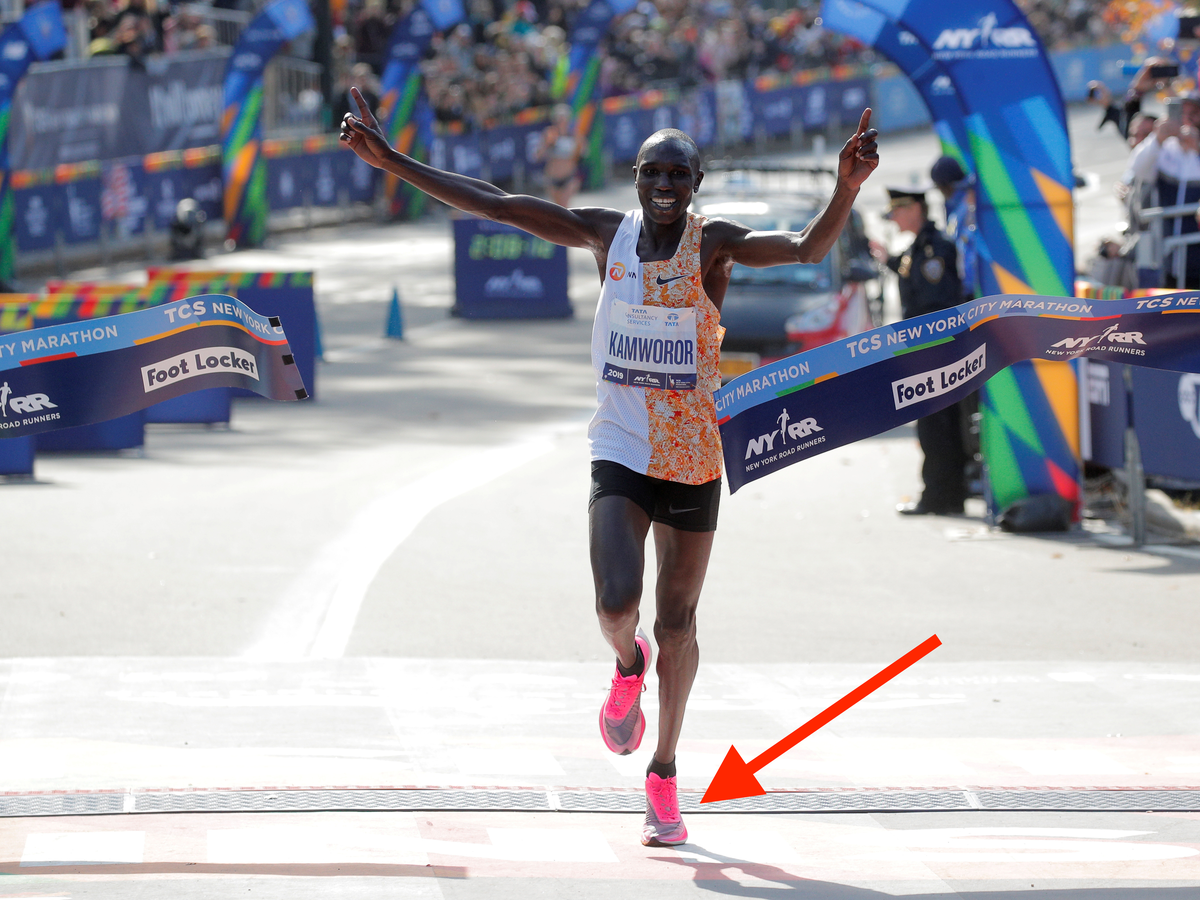 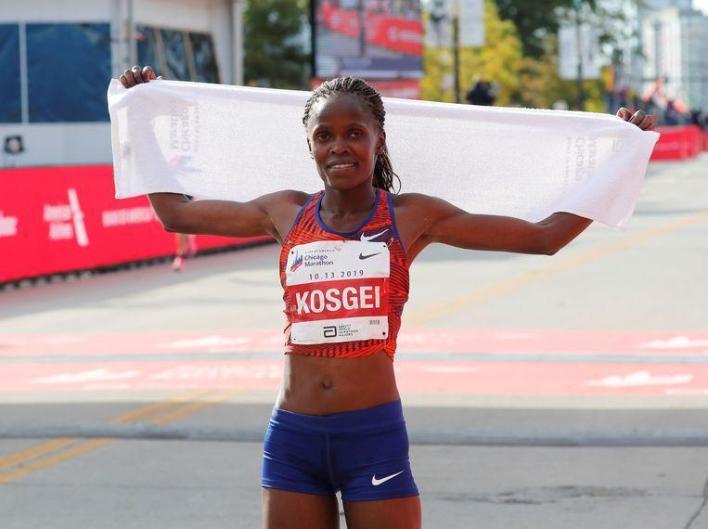 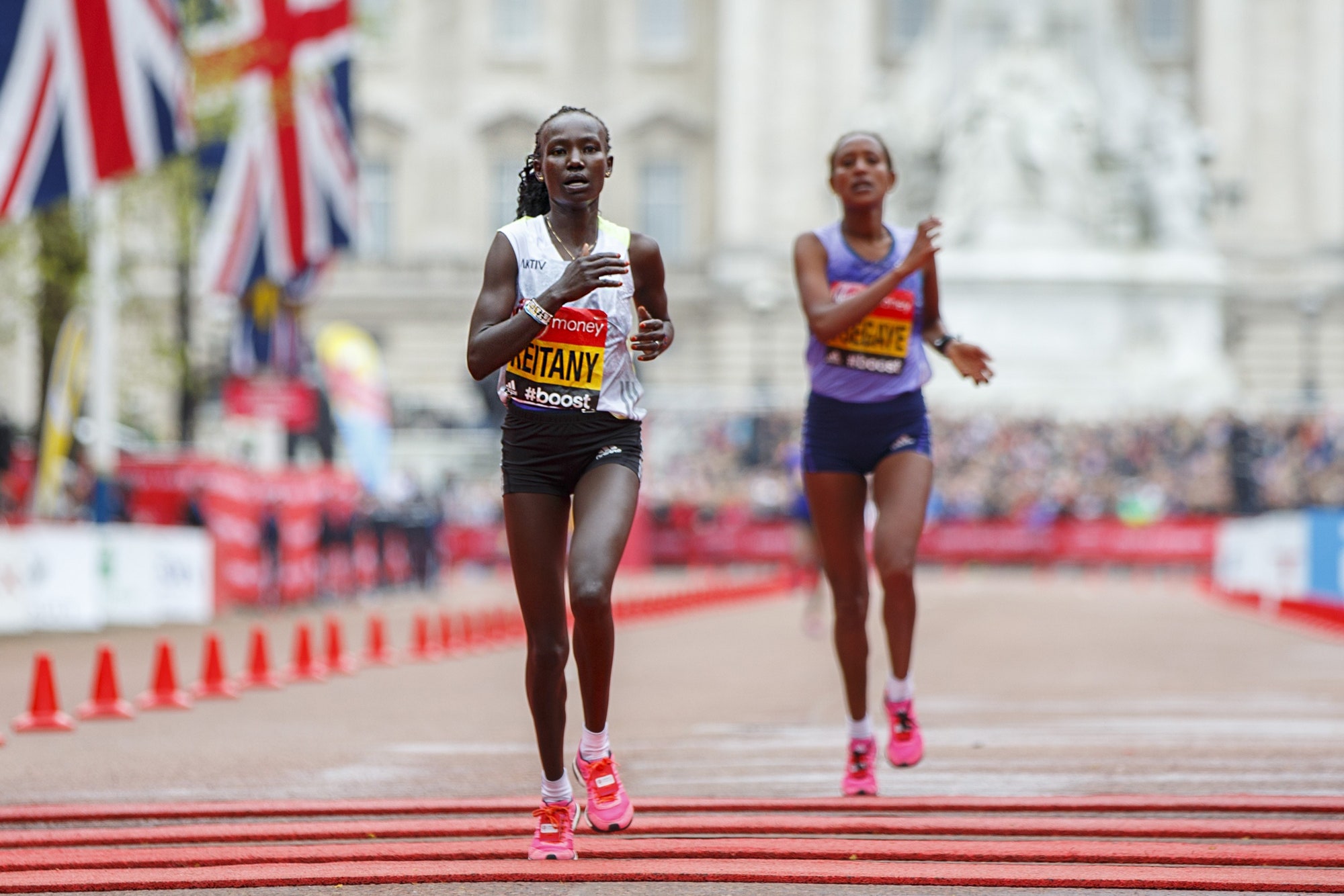 To even suggest the running plebiscite might gain an advantage from these shoes is sacrilegious and on the fringe of lunacy.

So, Kim Hébert-Losier and her band of Philistine researchers have a lot to answer for, because they just published a paper entitled:

Actually, this is a fabulous piece of research and the co-authors include the respected J.F. Esculier and my old sparring partner Blaise DuBois!

So, why are we all excited about this paper?

Well for starters, this is the first time any researcher has examined the effect of the so-called ‘super shoes” on Joe Jogger. All previously published data has been focused on blokes (mainly) who can run 10k in the time it takes you to finish breakfast!

The article is open access, and you may read it (and I recommend you do) right here, but here is a precis:

In fact, contrary to what we have observed amongst the elites, it has been suggested that recreational runners wearing VP4 shoes might reap greater percentage benefits than elite runners wearing these shoes, since modelling predicts greater percentage improvements at running velocities slower than ∼3 m/s,4 although laboratory-based data from recreational runners are not available. Previous research has also demonstrated that changes in laboratory-based RE variables translate to similar changes in distance-running performances as assessed using a 3-km time trial.3

So, they included 18 male runners with a 5-km run time of ∼20–25 min within the past 3 months. Compare that to the famous Hoogkamer study also with 18 male runners, but who could cover twice that distance in about the same time.

What did they find?

This is a very significant abbreviation of the results from this study, and I encourage you to read the paper, but you get the gist. The Nike Vaporfly 4% was.. well…. about 4% more energetically and economically efficient!

There was evidence that VP4 can benefit RE and 3-km TT performance and could potentially represent a viable ergogenic aid in recreational runners; however,

there were considerable individual responses.

Interestingly, lightweight racing flats were also effective in improving RE vs. OWN shoes but were not superior to VP4.

All in all, a really nice piece of work, providing answers to that common question, “will the Nike Vaporfly 4% improve my economy, efficiency and make me faster?”

Yes.. for the runners in this study it will, but, as always, the response is athlete specific! 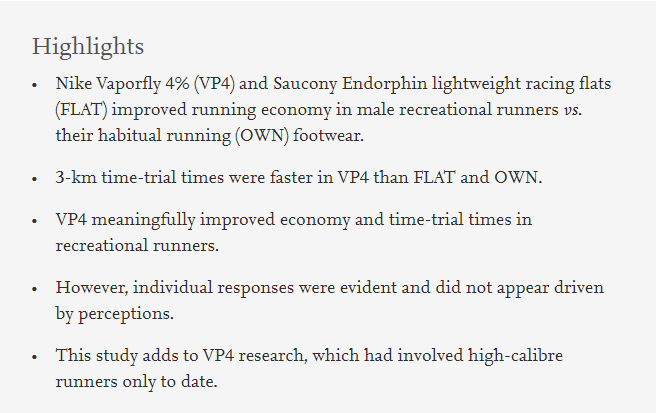 Athletic Footwear: The Masterclass comes to Brisbane at last!

The dangers of NSAID’s??

The Evidence For The Efficacy Of Super Shoes, Or Lack Thereof?

The Story Behind The Missing Man