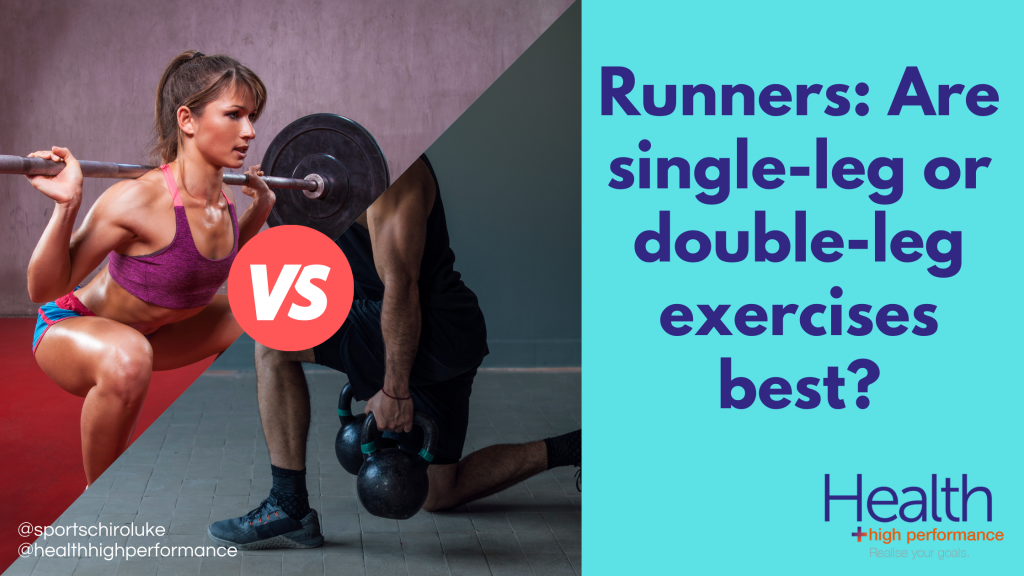 There is a long raging debate about the superiority of single-leg OR double leg exercises when it comes to building strength in runners. Some argue that because single-leg exercises resemble the action of running, that they are more “functional” & lead to greater improvements in running performance. So let’s discuss the advantages of single-leg & double leg strength training for runners & which method makes you run faster!

Firstly, what are single-leg resistance exercises? As stated in the name, they are exercises with a proportionately higher emphasis on one leg than the other. They include free weight exercises such as single-leg squats, pistol squats, lunges, split squats, Bulgarian split squats, step-ups, single-leg bridges, single-leg deadlifts, single-leg hip thrusts & single leg calf raises, & then machine weights such as leg press, leg extensions & leg curls.

Additionally, before we delve into the answer, we need to discuss something called the “bilateral strength deficit”. The “bilateral strength deficit” was first observed in the 1960’s, when researchers found that the load that can be performed on both legs simultaneously is LESS than the sum of the loads performed on a single leg i.e. you could leg press 60kg on a single-leg, yet only do 100kg double-leg. This phenomenon has been reproduced in multiple studies with both upper & lower limb training. (Nijem 2014)

So let’s discuss the advantages of single-leg & double-leg exercises.

Now for the million-dollar question: Does single-leg or double leg resistance training make you faster? 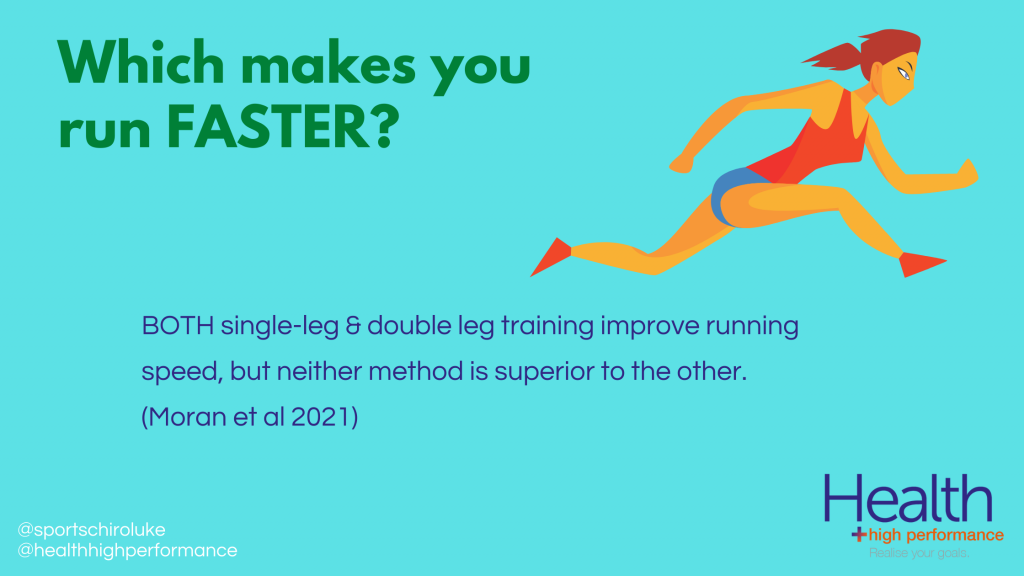 A recent systematic review & meta-analysis by Moran et al examined this exact question. They found that BOTH single-leg & double leg training improve running speed, but neither method is superior to the other. As mentioned earlier, whilst single-leg training more closely resembles the action of running, it is not more advantageous to running performance. 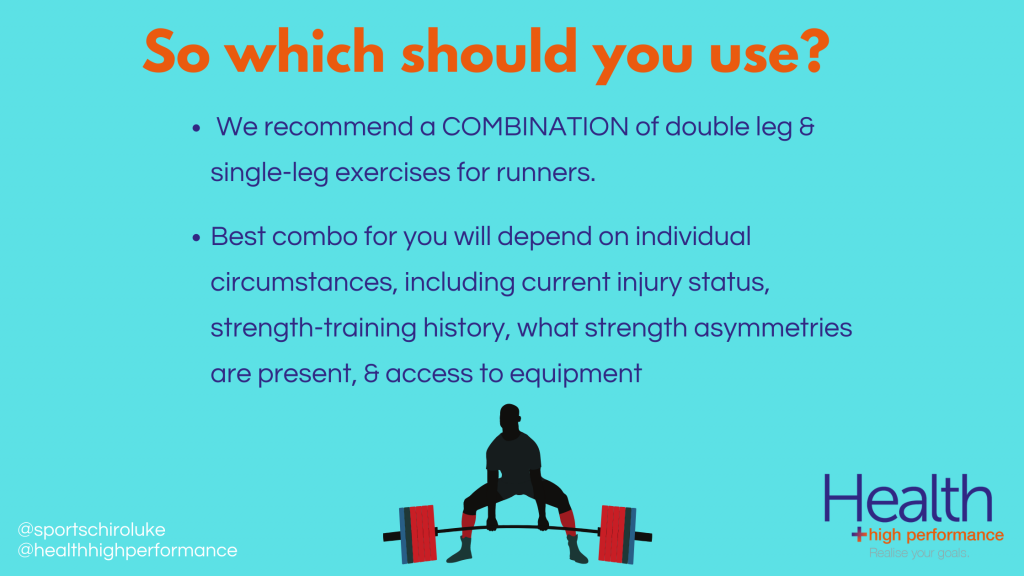 As you can see there are multiple benefits to both single-leg & double leg exercises. Our general recommendation is to perform a combination of double leg & single-leg exercises, but the combination will always depend on the individual circumstances, including current injury status, strength-training history, what strength asymmetries are present, & access to equipment. 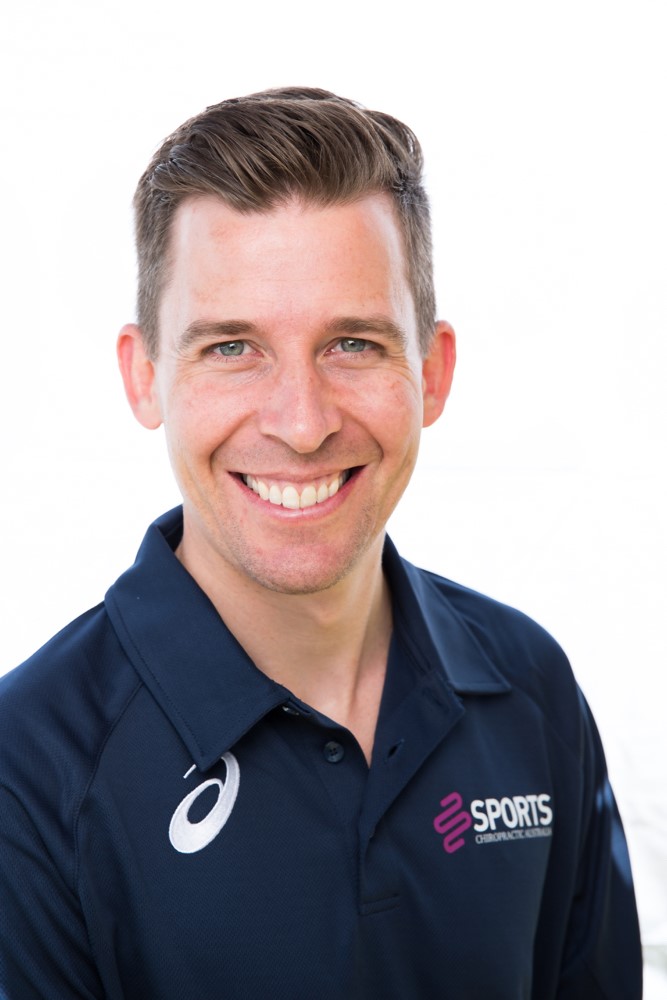 Luke’s Article can be found here.

Osgood Schlatter’s Disease: It Will Just Go Away Right?

All Tendons Are Not Created Equal