What do the lateral hip muscles do?

In running, the primary function of the lateral hip muscles is to stabilize the hip joint throughout the gait cycle. Upon foot strike, the glute medius acts eccentrically to control hip abduction, and then from mid stance to propulsion acts concentrically to create hip abduction (Semciw 2016, Burnet 2009). Faster speeds have been shown to increase the demand on the lateral hip muscles.

Most think the glut max is the most important hip muscle for runners, but from Lenhart’s study we see the glut medius performing just 4 times bodyweight of force, compared to the glut max which only approaches 0.38 x bodyweight (Lenhart 2014, Dorn 2012). The glut minimus also assists in stabilizing the hip, and is mainly active during the early and late stance phases of gait.

What are the consequences of weak lateral hip muscles?

Weakness of the lateral hip muscles has been implicated in both poor running economy (Burnet 2009) and could also increase peak impact vertical ground reaction forces during running, and result in an impaired ability to absorb forces.

Regarding injury, from the literature we see: So now we’ve learnt about what the lateral hip muscles do, in our next blog we will delve into how we can measure its function (read here) and how to improve it (read here)!

For further assistance, please don’t hesitate to contact us at www.healthhp.com.au 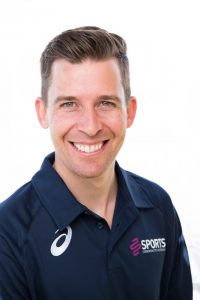 After graduating from RMIT in 2003, Luke went into private practice, founding Chiropractic Solutions in Bentleigh East. After 15 years, it was time to move on to the next challenge, which saw him found Health & High Performance in Mont Albert North.

His vision is to provide high-quality healthcare to help keep active individuals and athletes doing what they love!

Check out Luke’s other contributor articles:

How do we match orthoses to athletic footwear?

The Latest on Morton’s Neuroma: A New and Better Diagnostic Test?