Legend is a word that is often bandied around, and frequently unjustified.  That said, our guest on Episode 8 of SHOEphoria pretty much invented this descriptor in relation to running.

Amby Burfoot won the Boston Marathon in 1968 at the tender age of 22, and went on to set his best time for the marathon at the famed Fukaoka Marathon in Japan in time of 2:14:28.8

Amby did not know at the time, but this was just one second from the American marathon record at the time! He told me he would have gone much harder had he realised! 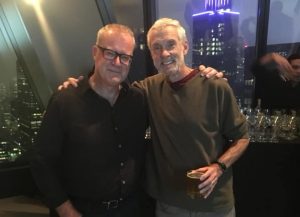 Remarkably, Amby holds another record, that being the running of the Manchester Road Race 57 times in a row besting the streak of barefoot runner, Charlie “Doc” Robbins.

Amby Burfoot is a very interesting man, having lived most of his adult life as an ovolacto vegetarian, primarily for ethical reasons (although he does admit that once he had children, he would polish off the odd burger because he could not bear to see food go to waste!)

He has had a distinguished career as a Running journalist, bringing a degree of authenticity, honesty and great knowledge to many of the challenges the sport has faced, including footwear.

During the great minimalist footwear upheaval of the early 2010’s Amby Burfoot remained a steadfast voice of reason, not for, not against, just reporting the facts.

Amby currently has his own blog site which we highly recommend https://www.ambyburfoot.com/

Footwear, running, the Boston bombing, rooming with Bill Rodgers and Jeff Galloway, and why he completely missed the 60’s are all highlights of a memorable SHOEphoria podcast with the inimitable and irrepressible Amby Burfoot! 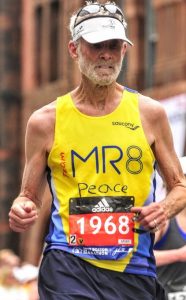 Listen below on this webpage, on a podcast app of your choice or below on youtube and thank you for subscribing to the channels.

Are “ankle rules” worth anything, and, do OTC orthoses affect running injury??

LIVE WEBINAR: The impact of Super shoes on Performance… and Injury