I had a message from my old friend Steve yesterday, and he sent me a fascinating piece of running footwear history that I had never seen before.

Steve Bobenhouse is the Founder and owner of Fitness Sports in Des Moines, Iowa, U.S.A.

He is one of those guys I refer to when people point the finger at running retail and tell me they just sell shoes and do not understand technology.

Steve, and many like him, has forgotten more about running footwear then I will ever know. And, after 34 years in the footwear game, he has a deep understanding of injury and biomechanics, and has moved swiftly with the times based on best available current evidence. It is not surprising given his background in engineering.

Steve sent me some photos of a shoe that basically was a time capsule of the thought processes regarding running shoes in the early 1980’s… control, control and CONTROL!

This shoe was unusual for a number of reasons, not the least of which is that the manufacturer is Swiss brand Le Coq Sportif, a brand known more for hairy chests and apparel than footwear.  When they have delved into footwear, running was definitely not their forte!

The shoe was called the Dynatec, and the media blasts promised

The media blurb goes on to champion all the features that were considered so important at the time this shoe was release, 1983.

The shoe was expensive, actually very expensive, USD100 in 1983, which equates to about USD270 in today’s money, more than a nile AlphaFLY! 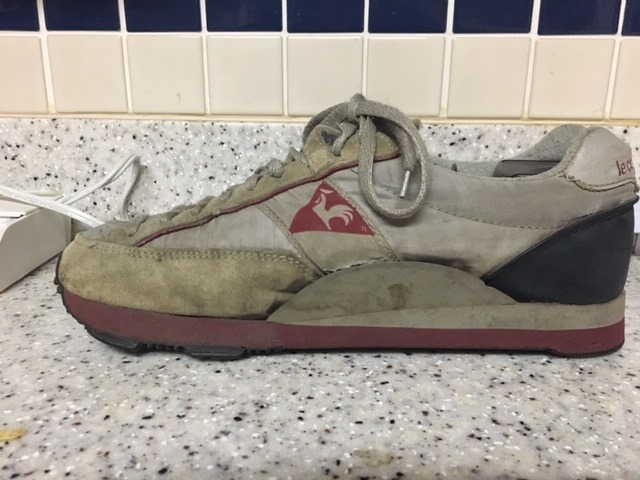 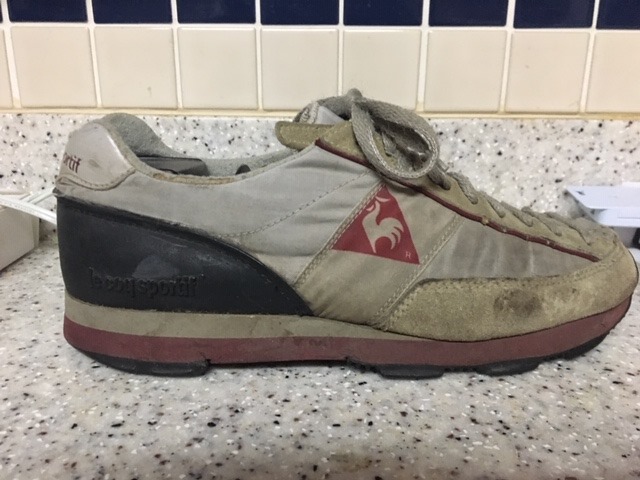 And these are the claims:

OK.. so this is a “motion control ” shoe with a capital M!

but, there are some really innovative aspects to this shoe, like the multi-density midsole (even if it is sheet EVA!) and, especially the concave bottom unit, which I could see as a positive feature of a modern day running shoe.

I think you all know my thoughts about very rigid and extended heel counters and especially that wicked, massive, external EVA arch fill/support! 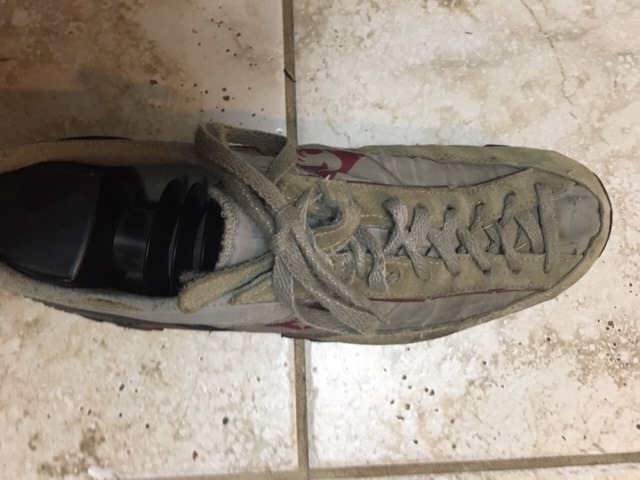 The velcro strap is added just in case there is not enough upper grip! I do not believe I have ever seen this combo in a running shoe.

All in all, a pretty interesting piece of kit!

I love history, becasue it teaches me stuff, like, what to embrace and what to let go.

“We are not makers of history. We are made by history.”

This shoe has lesson in relation to what we might embrace for the future, and what we most definitely should consign to the past.

Here is the full media blurb on the Dynatec for your reading pleasure! 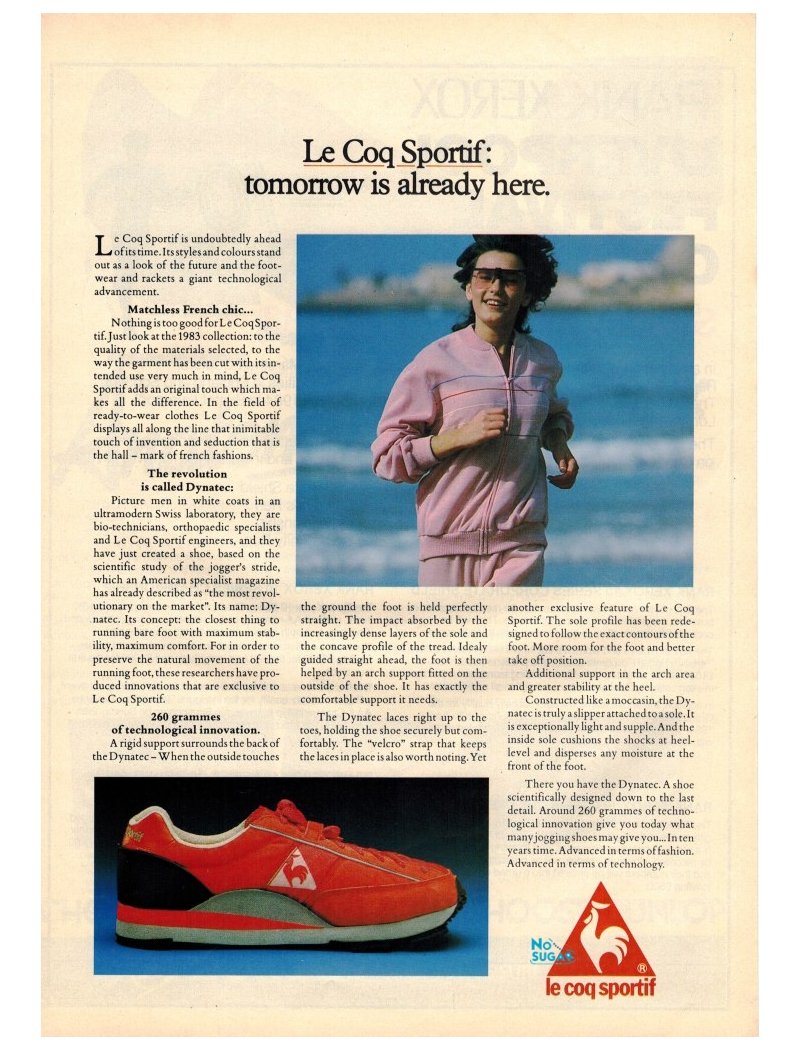 Erratum: Steve has advised me that the midsole was actually microcell sponge rubber, more durable than EVA, but much more expensive!

Plantar Heel Pain. If It Is NOT the Fascia, What Else Might It Be?

Carbon Plated Running Shoes: Is One Better Than Another?

How I tape for plantar heel pain

Sesamoiditis: Is It Even Really A “Thing”?