Top 5 Running Shoe Innovators Over The Past 20 Years – My Number 5, With Honourable Mentions!

Top 5 Running Shoe Innovators Over The Past 20 Years – Number 5!

So here we are at number five of my top innovative shoes from innovator companies in the past twenty years… It’s been a bit of a wild ride!

My top four came pretty easily, but I had a real wrestle with number five.

What I have been looking for is a product or company that has had a real influence because of innovation.. on the marketplace, the running community (including medical), and, the individual runner.

So in the end, number five was a bit of a no brainer, because it caused more of a ruckus than the 1st 4 combined!

In the end, I could not go past a shoe that was not a running shoe at all, but was originally targeted to yacht racers to maintain grip on slippery decks without compromising the barefoot experience. 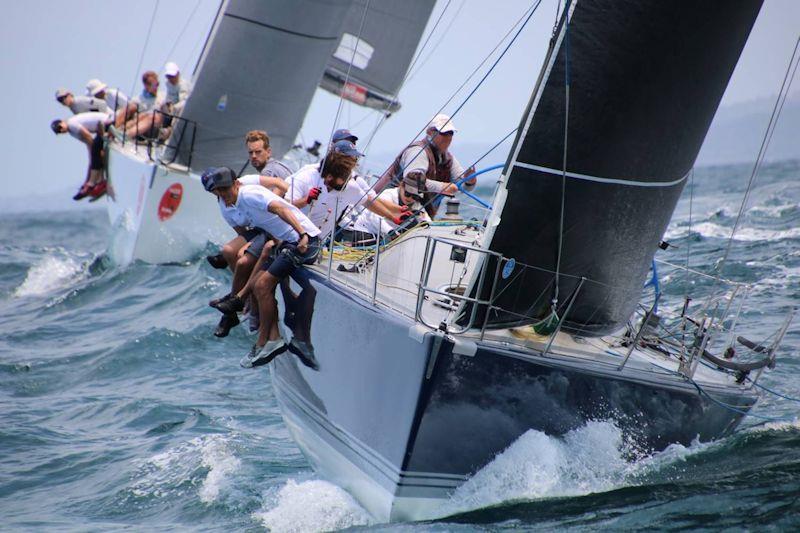 Then, a funny thing happened on the way to the regatta…

A bloke by the name of Ted McDonald, better known as “Barefoot Ted”, known for his unshod feet and successful career as a barefoot running coach,  got into the ear of the company’s CEO, a fellow by the name of Tony Post.

Barefoot Ted (henceforth known as BFT) suggested that yachting was passe, and that these shoes were ideal for running because they “mimicked barefoot running”, the “most natural way to run”. 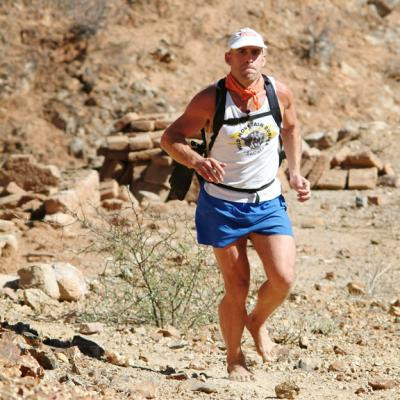 This was somewhere around about 2005, and BFT received and ran in his very first pair of Vibram Five Fingers in January of 2006. 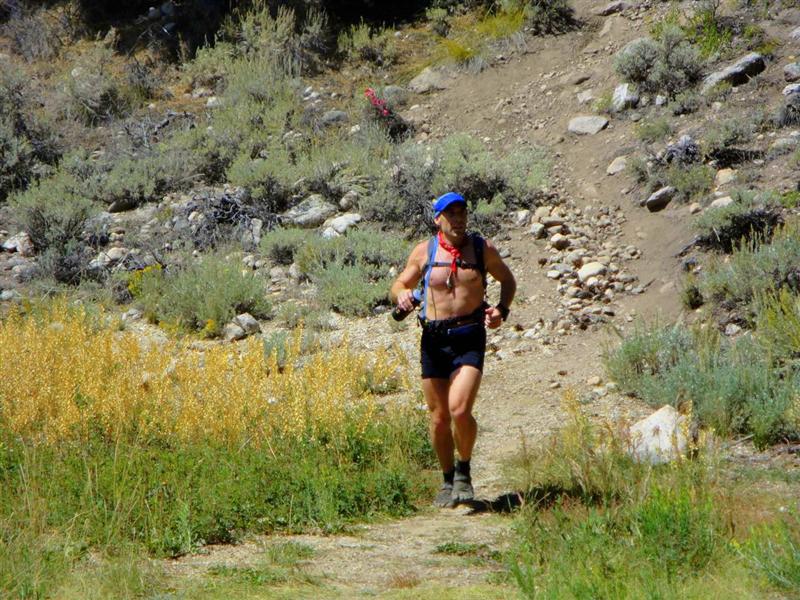 The Vibram Five Fingers (VFF) comes in at number 5 of my most innovative running shoe of the past 20 years!

Nothing much happened for quite a long time then, 2 events occurred that propelled VFF and the barefoot running trend into the stratosphere.

In May of 2009, an obscure war correspondent by the name of Christopher McDougall published a book called Born to Run.

Six months later, an obscure evolutionary biologist with expertise in the skull published an article in Nature magazine that stated

“People who wear conventional running shoes tend to run with a significantly different strike than those who run in minimalist shoes or barefoot. More specifically, the ball of the foot should strike the ground before the heel when running (or walking) barefoot or in minimalist shoes. By landing on the middle or front of the foot, barefoot runners have almost no impact collision.”

His research was partially funded by VFF. So much has been written on this study, including quite a lot by me, that I do not wish to delve into it further save to underline that it was a piece of research shot full of holes.

However… the publication of Born to Run combined with the Nature paper had the combined effect of dropping an atomic bomb on the mainstream, very traditional and very stale running shoe industry.

This is the reason VFF makes my list, because, more than any other shoe of the last 20 years, it caused a massive and much-needed shakeup of an industry that was in cruise control and a complete innovation vacuum.

Shoes by the Big 5 (Nike, Adidas, Brooks, ASICS and Saucony) all looked the same, were flabby and heavy, were far too rigid and were over-engineered and too complex. The runner yearned for something simpler, something with an understandable promise, and THIS is what the VFF delivered.

Such was the impact of what became known as the “minimalist movement”, that things very rapidly went to a very dark place indeed.. you were either with ’em… or against ’em, and if you were against ’em, look out!

Although I never once, in any media written spoken or otherwise, said I was against barefoot running or minimalism, I did frequently question the wholesale adaption of this fad for all runners (which was the mantra of the likes of Mc Dougall.. “it is more natural, so it is better”).

I got called some very rude names indeed.. some of us received death threats (yes.. really), and any sensible discussion on the matter was rapidly shut down by those who had “drunk the Koolaid”!

Here’s Bartold Clinical’s ShoePhoria podcast with Professor Irene Davis, on the episode “Standing Up For Barefoot”.

All of this is a bystory to the main article, which was, like them or loathe them, the VFF changed the industry, forever.

Vibram claimed that the shoe “reduce[s] foot injuries and strengthen[s] foot muscles”, a claim that was unable to be sustained and in 2012, an initial lawsuit was filed against Vibram over these claims.

When new technologies make bold promises, how do you discern the hype from what’s commercially viable? And when will such claims pay off, if at all? Gartner Hype Cycle provides a graphic representation of the maturity and adoption of technologies and applications, and how they are potentially relevant to solving real business problems and exploiting new opportunities. 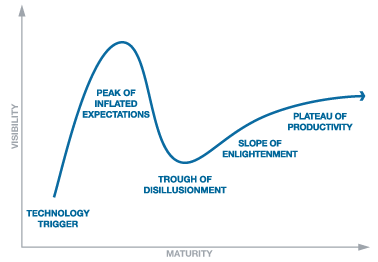 VFF very rapidly went from the technology trigger to the peak of inflated expectations based on promises it could not keep. It then just as rapidly (after making a sh*t ton of money!!) dove into the trough of disillusionment, because expectations were not met, promises were not fulfilled, and worst of all, runners were getting injured. There was the opportunity to enter the slope of enlightenment and suceed via a plateau of productivity, but VFF simply did not have the tools in the toolbox..it could not recover from the disillusionment.

A part of this was through no fault of their own.. there was some merit to the use of the shoes, but only IF one could understand HOW to use them. The vast majority of runners were never going to get to this point, and so, the fad known as minimalism and barefoot running went right back to where it started.. a a tiny niche for a tiny percentage of true believer runners.

Why do I consider the VFF such an important shoe and why does it make my list of innovators?

Because it scared the bejesus out of an entire comatose industry and forced them to rethink what they were doing.

AT this time, the ASICS Kayano 17 had 24 individual declared technologies, each with a call out logo, in a shoe that weighed 357 gms for a sample size Men’s US9. 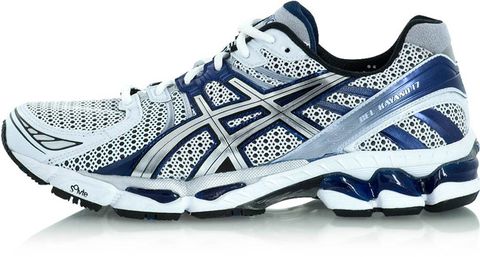 That is one porker of a shoe, a full 100 grams more than I would consider acceptable, imposing an energetic penalty of at least 1% on the runner. ASICS was no orphan here, this is what shoes were in 2011.

Anyhow who can understand, or even cares about 24 technologies in one shoe.. the Kayano 17 did not have enough space for all the logos!

The VFF changed all that almost overnight.

and of course Nike with the Free, but understanding that this shoe predated the minimalist/barefoot trend by at least 6 years.

The trends eventually evolved, and things moved on, but the indelible change toward lighter, more flexible, simpler and more responsive running shoes  is the legacy VFF left the industry.

And for that, we must be eternally grateful!

As always, I would LOVE to hear your thoughts and comments, and any other additions you would like to make to the list of innovators!

Join Our Community of Health Clinicians!

Not a member? Join the Bartold Clinical membership today for only $17.88!

Join a community of thousands of health clinicians globally!

2 responses to “Top 5 Running Shoe Innovators Over The Past 20 Years – My Number 5, With Honourable Mentions!”

Why running is bad for you!

Osgood Schlatter’s Disease: It Will Just Go Away Right?