Continuing the challenge, “Top 5 Running Shoe Innovators Over The Past 20 Years” set by my nemesis, Dr. Paul Griffin, to give you my top 5 innovations/innovators in athletic footwear in the past 20 years, I present number 3, a shoe and company that created an entirely new category of footwear!

During my almost 4 years heading up the Road Running Development program for Salomon in beautiful Annecy, France, I learned many things about the French. But one that stood out is that they are crazy active! My neighbour, Pierre (naturellement!!), used to run up the mountain behind our house, about 2000 metres worth, about three times a week. Then he would jump off and parasail back home. Nothing unusual in this I hear you say, except that Pierre was 79 years old… right! 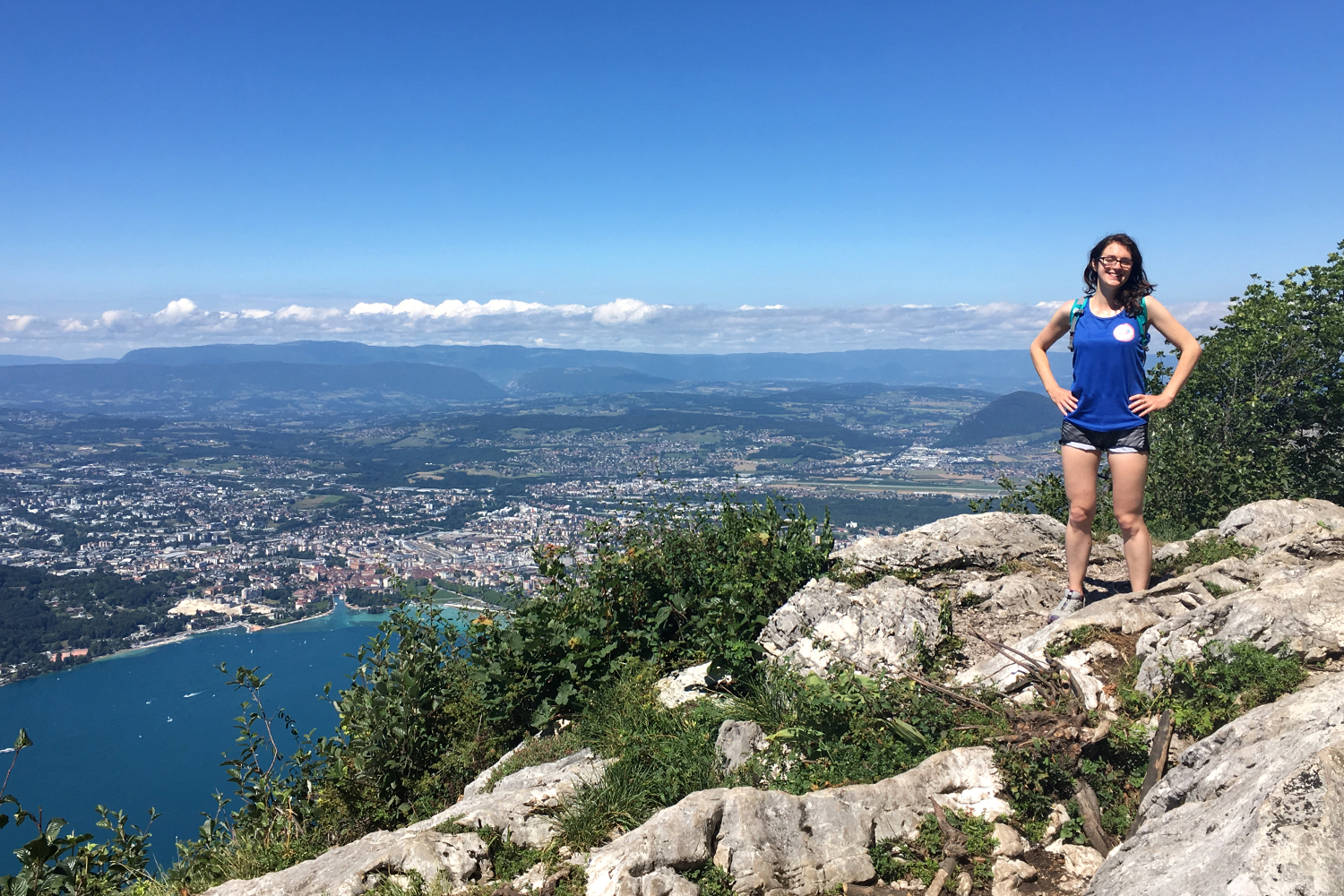 The mountain Pierre jumps off – Mont Veyrier, right behind my house!

The French like to challenge themselves, especially in the rugged mountains and incredible landscape that defined Annecy. There is a reason the Tour de France has some of its most wicked mountain stages right next to our old home.

Two blokes by the name of Nicolas Mermoud and Jean-Luc Diard, former Salomon employees, define your average active Frenchmen, and were frustrated that they could not run down mountains as fast as they wanted. 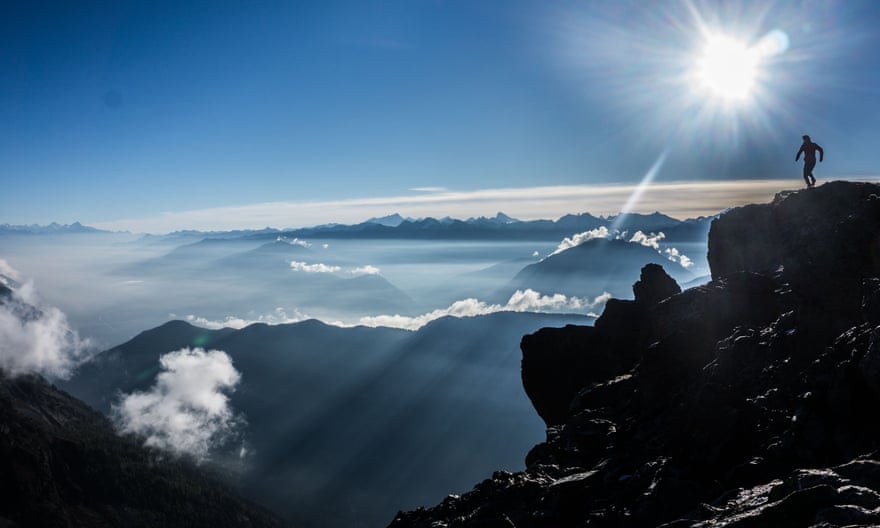 Typical running terrain around Annecy, France is not exactly typical for the rest of the world. This is where Hoka was born in 2009

So, as you do, they decided to start a running shoe company and build shoes that allowed them to run downhill faster, and created a model with an oversized outsole that had more cushion than other running shoes at the time

From their base in Annecy, Nicholas and Jean-Luc created a brand they called Hoka One One (pronounced ohh na ohh na and meaning “fly over the earth” when translated from its original Maori language) in 2009, and released their first commercially available shoe, the Hoka One One Bondi in 2011.

And so it is this shoe that comes in at number 3 in my list of the top 5 running shoe innovations of the past 20 years.

Here is a little video explaining the origins of the company…

What was the goal? Well according to Nicholas and Jean-Marc, it was all an accident..

“Radical change often comes about in trying to solve a simple problem. Our original goal was to improve endurance race times by designing a shoe to go downhill faster. In doing so, we inadvertently reinvented the running shoe.”

And I believe that is a fair statement. When the Hoka Bondi first came out, it was the subject of considerable ridicule. It was called the “clown shoe”, and virtually no-one took it seriously.

From the photo below, it is easy to see why people poked fun at it… it was bulky.. it was oversized, it was, frankly, bush pig ugly! 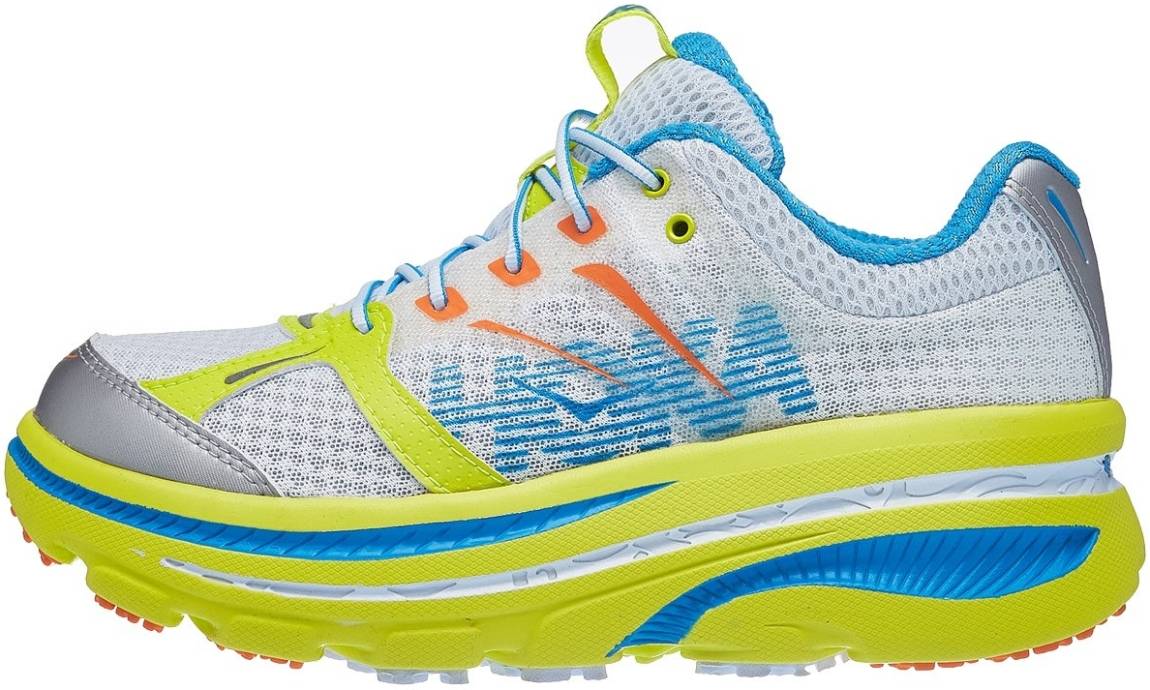 Hoka followed this up with even uglier shoes like the first Conquest from 2014. It seemed the company was destined to go straight to footwear hell! 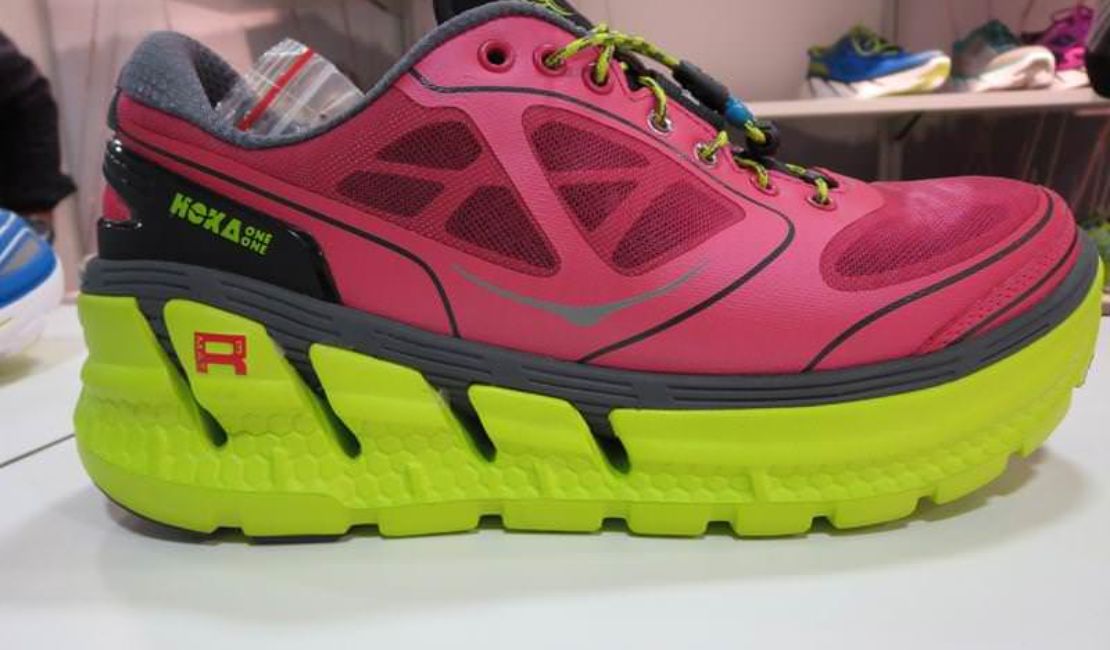 Hoka One One Conquest from early 2014

To make matters worse, the Bondi was released right at the apex of the minimalist running shoe fad, spearheaded by the antithesis of the Bondi, the ultra-minimalist Vibram Five Fingers!

How could such a shoe, and the company itself possibly survive in this fearsome climate?

Initially, the shoe caught the interest of ultramarathon runners, who were taking a terrible beating during continuous runs of 100 miles (160 km) or more. Reports were coming back that these athletes were finishing races in better shape and less fatigued in the Bondi.

Not long after, the name Hoka became synonymous with an entirely new category of footwear, maximalist running shoes

We will get the whys of the Hoka shoes in a moment, but continuing the journey, soon more reports landed that broken-down old runners, plagued by recalcitrant injury, were being given a new lease on running life with the Hoka product. It was not long before sports medicine clinicians were prescribing the Hoka product as a part of their treatment regimes for chronically injured runners. And anecdotally at least, outcomes were very positive indeed!

Did Hoka survive the tough years of 2011 and 2012? Hell yeah they did, to the extent that in April, 2013, the company was bought by Deckers Brands, the parent company of other popular shoe brands, including UGG and Teva. Deckers had great faith in the brand, believing that someday it could become a USD100 million company.

As of today, Hoka’s overall revenue for Q1 of fiscal year 2022 was USD213.1 million, and it is the fastest growing running shoe brand in the world, and accounts for nearly 40% of Decker’s total revenue.

In the space of just 10 years Hoka is well on its way to becoming a USD Billion dollar company, and whoever spotted them from Deckers in 2013 deserves a very large bonus!

I will be honest here and say I did not see this coming. I always viewed Hoka as an interesting, niche brand with some unusual but cool concepts and products. How wrong can a man be, with Hoka now dominating sales of running, trail running, hiking and walking. They even have track shoes that are winning fans.

SO we know they invented “maximalist running shoes”, but why HAVE they exploded as a brand? What do they offer that other brands do not?

Well, this series is all about the brands and shoes that I recognise as innovative and innovators, and Hoka qualifies for this club bigtime!

I have spoken with Jean-Luc at length about his original concept, and it really was born from 2 inquisitive minds who were pondering the effects of other oversized technology in sporting equipment.. tennis racquets, bicycle wheels and tyres and snow skis.. all of which get a massive work out in the Rhone-Alpe region of France!

Most of us had huge reservations

None of these concerns carried any water. The shoes were stable, they did offer improved cushioning, and they were exceptionally and surprisingly light (they still did look a bit weird though..).

And there was one other real ace in the hole for the Bondi in that it offered what no other shoe on the market did. It had unique geometry defined by a very pronounced rocker on the bottom unit.

And just like that.. viola! we have very credible reasons for the results we were seeing in both performance and injury management.

A rocker sole fulfils what is called the Ruina-Gomez model of movement, that being that a structure shaped like a half bicycle wheel will be able to self propel without any external power source.

This video is not great quality but is really interesting and explains the Ruina Gomez concept of passive movement, which is what Hoka stumbled onto!

Is it all blue sky from this new category of running shoes? Well, no, we now have had more than 10 years to subject them to scientific scrutiny, and there are problems you should be aware of. The pros and cons are outlined in this infographic. 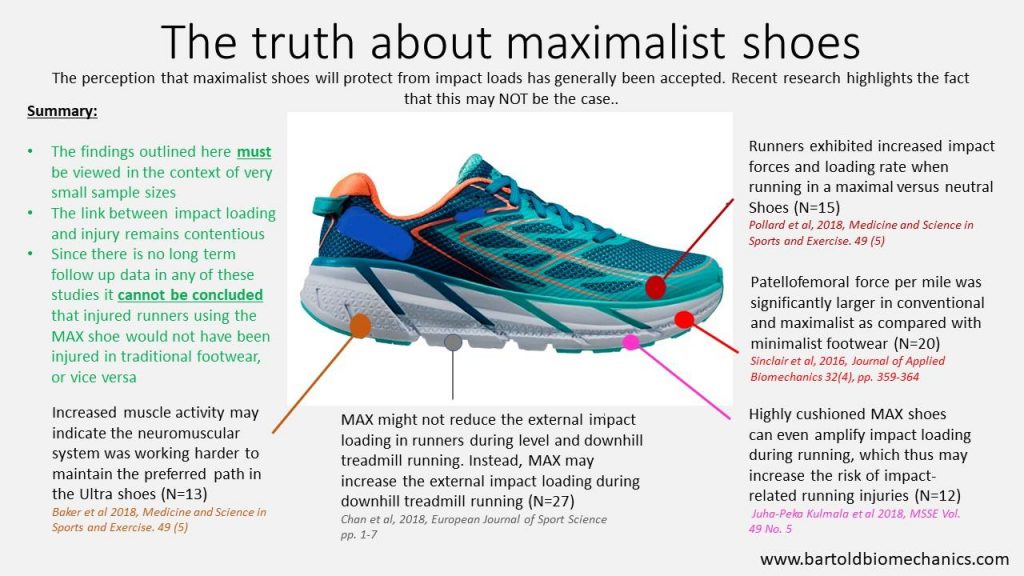 On the balance though, Hoka deserves to be in our top 5 of the most innovative brands and products of the last 20 years!

Running Shoe Cushioning of Impact. Does It Matter?

What does body mass do to the plantar fascia?

Metatarsalgia… use this term at your peril!